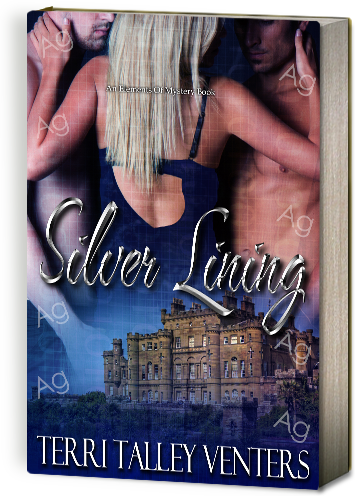 The Isle of Skye, Scotland
One thousand years ago

A wave splashed over the bow of the wooden ship. Its salty spray stung the Viking Erik’s face. The massive cliff loomed ahead like a death sentence with its rocky shore. The high tide and broken sail made it impossible to change course, otherwise he’d be back home in Norway. Erik knelt at the helm and prayed. Thunder crackled in the sky, as if Thor heard the prayers of the young man.

Like a beacon of hope, he spotted an opening in the cliff’s façade, a cave. “Thank you, Thor!” Erik gripped the wheel of the wooden boat. Muscles bulged from his forearms and the wind blew threw his overgrown, sandy blonde hair. He kept the bow of the ship headed straight towards the opening of the cave. The stern rose as a wave carried the boat between the rocky walls of the cave. Once in the hundred foot high cavern, the water grew calm. The ship floated to the back of the cave and lodged its bow on the rocks.

Relief washed through Erik, he didn’t die today. He climbed down the rope ladder and hopped onto the rocks. His eyes scanned the cave, searching for a non-watery route. Looking up about twenty feet, he spotted a small hole in the wall of rock. He returned to the ship to and retrieved a wooden ladder and torch. He placed the ladder below the hole and ascended the rungs. He hopped on the narrow ledge and entered the small opening.

The tunnel ended abruptly after only a few feet. Disappointment washed through him and he rested his back against the rock wall. Something cold touched his head from the rock. Startled, he turned around shone the torch light on the spot. A vein of tarnished metal ran through the rock, glistening in the light. Erik extended his hand and his fingertips touched the precious metal. Rubbing off the tarnish, he smiled as he ran his fingers across the vein of silver.

An idea formed Erik’s mind. I’ll stay here and mine this silver. I’ll build my castle on the cliff above and protect it and my fortune with a garrison stronghold. Erik cried tears of joy as he admired his cave lined with silver.

Lilly woke at the sound of footsteps creaking down the hall. Opening her eyes, she took in her surroundings. She’d fallen asleep in the nursery. Glancing to the empty chair Luke had just occupied, she assumed he’d gone back bed and didn’t want to wake her.

She stood to check on the babies and smiled at all three miracles sleeping peacefully. The smell of fresh espresso floated in the air. She inhaled the heavenly sent and turned to determine its proximity.

A bare-chested Grier stood at the door to the nursery carrying two oversized mugs of cappuccino. The sight of her handsome fiancé took her breath away.

“Good morning, my love.” Grier kissed her lips good morning and handed her the mug.

“Thank you, handsome.” She gulped nearly half of the cappuccino.

“I can’t believe you were up before me.” Grier took another big sip.

She nodded towards the sleeping babies and yawned. “They didn’t leave me much choice.”

He led her to the window and they looked out at the sea. Wrapping his arms around her side, he pulled her against him. “It’s smooth sailing to New York. I can’t wait to see my father. I’m hoping he’ll voyage to Scotland with us.”

“What a wonderful idea. Let’s pray Mother doesn’t toss him overboard.” Her chuckle downplayed the high probability of such an occurrence.

“Your mother isn’t all sticks and stones. She has a heart too.” The corners of Grier’s mouth lifted with his ironic laughter.

“Tell me about it. You’ll never believe who I heard giggling from Charlotte’s room at 4 a.m.?” Lilly turned to Grier, anticipating his shock.

Grier smiled. “If you’d asked me this yesterday, I never would’ve guessed either. But I just saw Colin tip-toe out of Charlotte’s room on my way to the galley this morning.”

“In a strange way, I’m not surprised after witnessing the way they googly-eyed each other at Luke and Gretchen’s wedding. But when I eavesdropped on their pillow talk, I heard Colin say how much he’d missed her?” Lilly’s brows lifted quizzically as she looked up at Grier and sipped the frothy goodness laced with caffeine.

“Maybe he just missed her from the night before.” Grier shrugged his shoulders.

“They’d just met a few days ago, the night you and Jimmy struggled on my tin roof in Charleston. Do you think they hooked up before last night?”

“Maybe it was love at first sight. Those beautiful blue eyes you and your mother share are spellbinding.” Grier held Lilly’s gaze.

Lilly smiled at the compliment. “Looks like my nieces and nephew will be heartbreakers too. I can tell they already have my eyes. Aren’t they precious?” Lilly looked down at the sleeping babies, and then returned her gaze to Grier’s.

“Now don’t you get any ideas, Lilly Beth. Remember I’m selfish. I want you all to myself for a few more years before we start our family.” Grier glared at Lilly.

“Although I’m looking forward to making beautiful babies with you, I want to wait a few years too. But we can practice, can’t we?” Lilly teased him.

“Oh, yeah, baby. I like how you think.” Grier slipped his arms around her waist and let them drop to her bottom with a suggestive grope.

Lilly deposited her nearly empty cappuccino mug on the dresser and slid her fingers through Grier’s overgrown, sandy-blonde hair. She stared into his sea-green eyes and pulled his lips to hers.

He returned her kiss with equal passion. Then Grier slid his arm under her knees and picked her up. He carried Lilly back to the Captain’s stateroom to finish what they’d started in the nursery.

After celebrating their love, yet again, Lilly laid her head on Grier’s bare chest. His warmth permeated her skin. She exhaled a sated sigh and euphoria filled her existence.

She thought of their upcoming voyage to Castle Garrison in Scotland’s Isle of Skye and her imminent title, Lady Lilly, Marchioness of Garrison. Now nothing stood in her way of marrying her true love, Grier Garrison.

Silver Lining is the much anticipated conclusion to the Carbon Copy trilogy. Silver Lining picks up where Tin Roof, the sequel to Carbon Copy, leaves off. Lilly Allen and Grier Garrison are bound for Scotland and their new lives at Castle Garrison on the Isle of Skye. Lilly and Grier, now the new Marquis of Garrison, plan their lavish wedding which will make Lilly a Marchioness! But first, Grier wants to rescue all the clones and bring them to the safety and freedom of his castle and tenant farms.

Silver Lining is full of surprises, discoveries, new romances, and a few switcheroos. Before they can even leave for Scotland, Grier’s father, Dr. Michael Garrison, drops a bomb which could keep Grier and Lilly apart. Before this is resolved, Lilly sneaks in a few passionate kisses with her beloved cameraman, Joe. Lilly is tormented with indecision between the two loves of her life—Grier and Joe. Who will she choose?