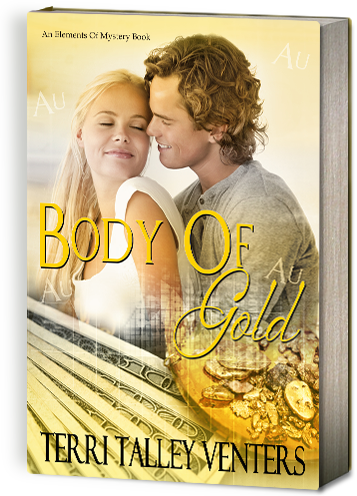 She sat in her new office at TWI, located on the twenty-seventh floor of the Sears Tower, recently renamed the Willis Tower, in Downtown Chicago. Even her six-foot tall, slender frame appeared dwarfed by the enormous leather-upholstered chair. She looked around her new surroundings, a dramatic change from her last seven years working sixty-hour work weeks in a cubicle.

Chelsea’s cerulean-blue eyes admired the tidiness of her new work space. Of course she’d spent most of her entire first day moving into her new office, so it had better look neat. But the first few days of January traditionally proved slow and quiet because many employees and investors traveled during the holidays. The short plane ride from Chicago to Denver drew many snow skiers to the powdery slopes of the Rocky Mountains.

Chelsea savored the quietness of the phones not ringing off the hook. Once the stock market closed on the east coast, the office grew quiet and felt less insane. She rose on her three-inch Fendi heels and stood in front of her window to admire her view of the meandering Chicago River below. The setting sun shone through her window and its rays danced on her long golden hair.

“Es Ihnen passt.” Margot entered Chelsea’s office and complimented that it suited her.

Margot resembled the brown-eyed, brunette version of Chelsea. Margot and Chelsea, peers at TWI, became best friends in college. They’d both graduated from the University of Florida with their B.S. in Finance and their MBAs. They shared a German-American heritage and often spoke German to one another to remain fluent. In fact, their practice often drove other people nuts, which only encouraged them to speak German more often.

“I’m all settled in too.” Margot referred to her own new office to match her identical promotion.

“I feel like cutting out early. I still need to finish unpacking at home. Plus Klaus and Hans promised to drop off the rest of my boxes.” Chelsea looked at her watch and noted the time. With her hectic work load, leaving at five o’clock sometimes felt like working a half-day. But her hard work had earned her the new coveted title. Her investment instincts and research made millions for TWI and its investors. And her prediction over a year ago to invest in gold for the TWI funds aided her early rise up the totem pole at the firm.

“I’ll walk down with you.” Margot turned towards the door.

The pair left the office and waited at the bank of elevators in the TWI lobby. This represented the longest part of Chelsea’s commute home to her new condo, only two blocks away.

“I love living in the same building as you. It’s so convenient to the office and the Tae Kwon Do Academy. I rarely even need to ride the L train anymore.” Chelsea referred to her recent move from the German area of Old Town. With the real estate market bottoming out, hopefully, Chelsea had recently capitalized on the depressed housing market and purchased her new condo.

“Speaking of trains, I’m taking one to Michigan Avenue. Can I coerce you into a little shopping on the Magnificent Mile?” Margot’s pleading eyes turned to Chelsea. The two rode the elevator down the twenty-seven floors and exited the skyscraper lobby onto the sidewalk.

“No, thanks, unlike you, I’d rather eat than shop. Besides, I have Black Belt class tonight.”

“You just love saying that, don’t you?” Margot waved goodbye. They parted ways on the cold and windy streets of Chicago.

Chelsea walked briskly down Wacker Drive. She didn’t mind the cold wind blowing off the Chicago River, not for her mere two block walk home. After seven years of living and working in Chicago, her blood had finally thickened to accommodate the brutal winters. Although she missed the moderate winters of her home town of Charleston, South Carolina, she felt grateful to escape the heat and humidity of the long summer months in the south.

Chelsea arrived at her new condo and was greeted by two handsome German men and another stack of boxes. “Gross Gott, Fraulein,” Klaus and Hans greeted her good day in unison. The men both shared identical ice-blue eyes and golden-blond hair.

She opened her condo door as she watched them bring in the last of her boxes. Her long time German friend, Klaus, and his handsome son, Hans, had helped Chelsea move over the holidays.

Margot and Chelsea had met Hans and his father, Klaus, when they first moved to Chicago seven years ago. Margot and Chelsea met the gregarious, charming, and handsome father-son pair at the German-American Club. They volunteered at the German Day festival and helped coordinate the annual Von Steuben parade each September.

Margot and Chelsea often flirted with both father and son. They jested about who was more handsome - the 45 year old widower smelter, or his 25 year old apprentice son. They often teased about which one they wanted to marry one day. But over the years, they grew to love Klaus and Hans as family, like a surrogate father and brother.

“Yes, I’m fine. I must get back to work. I’m finishing my largest smelting job ever.” Klaus held up his hand to stop Hans from fussing over him.

“Some top secret job for the mafia.” Hans winked at Chelsea.

“I’m afraid of the dangers to you, son. Inhaling the fumes could be lethal.” Klaus objected with his glare.

“Then why did you take the job, Klaus?” Chelsea asked concerned for her dear friend and father figure.

“This one job pays what I make in a year,” Klaus admitted.

“Thank you so much for helping me move, gentlemen. Would you like a beer?” Chelsea asked, smiling.

“Nein. We must go.” Klaus turned to Hans.

“I will bring you homemade apple strudel soon.” Chelsea saw the men out, and then

gazed at her new two-bedroom, two-bathroom apartment with a sense of pride. She’d diligently saved and wisely invested her bonuses to make an enormous down-payment on her first place, and all without the aid of a man.

With the men gone, Stormy, her tabby cat, greeted her with a loud purr and a presumably hungry belly. “Hi, Honey, I’m home.” She joked.

As Chelsea rapidly approached her thirtieth birthday, looming two weeks away, she possessed mixed feelings about her single status. She’d always dreamt of marriage with children, but Mr. Right had failed to enter her life, so far. Margot blamed Chelsea’s impossibly high standards for a mate. Perhaps Margot had a good point.

In the rare instances when Chelsea met an attractive man who appeared perfect on paper, he ultimately disappointed her. The few men she agreed to date in her rare free time either lied, cheated, behaved like egotistical jerks, or all of the above.

Chelsea turned on her flat-screen television, already set to her favorite channel, CNBC. As she watched the stock-market ticker scroll across the bottom of the television screen, she felt soothed. The price of gold continued to rise over $1200 per ounce, and the leading stock-market indexes boasted double-digit returns for 2009.

She treated Stormy to a can of Fancy Feast before she fed herself, preparing her light dinner of turkey on whole wheat in her shiny new kitchen. She nibbled on a banana for the potassium and chased her dinner down with an enormous glass of ice water. She needed to fuel and hydrate herself before Tae Kwon Do class.

Chelsea walked into her bedroom closet and carefully removed her black suit. She placed her pumps and handbag in their proper places and went to the bathroom to freshen up. She put on her black ninja uniform with pride and pulled her hair back into a practical ponytail.

After retrieving her new First Degree Black Belt from her dresser, she placed it in her gear bag along with a bottle of cold water. She decided enough time remained to unpack the few remaining boxes. As she unpacked the final item from the last box, she promised herself she would maintain the current immaculate look of her apartment.

Chelsea covered her soon-to-be cold body with her black wool coat, hat, and scarf. She grabbed her gear bag and headed out the door for her first class of the new year. Before the holidays, Mrs. Grubka, the owner and Chief Instructor of the Chicago ATA Martial Arts Academy, had announced that a new Tae Kwon Do instructor would begin teaching at the first of the year. As Chelsea walked the three blocks to the Karate school, she wondered what her new teacher looked like.

Even in this post-Bernie Madoff era, it’s surprising how easily investors unknowingly hand over their money to con artists, also known as money managers.

Chelsea Lynn Cobb earned the title of the youngest hedge-fund manager at Trans World Investments in Chicago. This charming southern beauty proved a financial genius, but her workaholic tendencies hinder her free time to meet men who match her impossibly high standards. When she’s not kicking ass at the office, she’s kicking ass at her Taekwondo class where she falls for her new instructor, Troy Camden. With the exciting distraction of a new and passionate relationship, she spends less time at the office until she discovers financial scams operating at Trans World. Someone is stealing millions from investors, but the evidence points towards her.