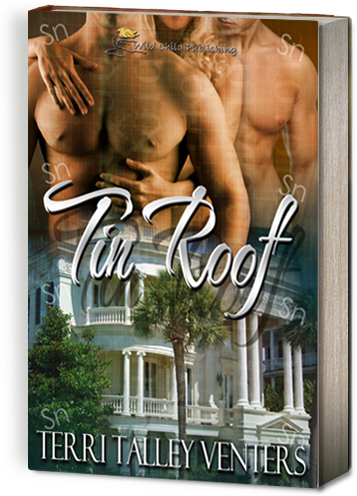 Lilly wanted nothing more than to hammer the last nail in Potts’ coffin. The adrenaline pumped through her veins knowing she’d get to achieve her goal on live television.

“Don’t worry, Lil’. You’re about to be Charleston’s wonder girl. Here comes the DEA’s black sedan now. Ready to roll in 3, 2, 1,” Joe said. He held his camera on his shoulder, aiming it at Lilly and the approaching vehicles.

“This is Lilly Allen reporting from WAOK news. I am standing in front of the precinct in Charleston, South Carolina. Our sources indicate the DEA, Drug Enforcement Agency, is about to make an arrest in connection with drug trafficking. This arrest is related to the narcotics stolen from the police evidence locker.”

She turned her head to watch Joe film several men in DEA jackets exit their vehicles and take the steps into the precinct.

“Our sources indicate the timing of the arrest stems from the amateur video posted on Youtube and the WAOK website. The video was filmed Saturday night at the VIP lounge of the Gold Club. The video shows footage of a prominent Charlestonian snorting cocaine off of a stripper’s naked chest,” Lilly said.

She chose her words carefully. She did not wish to reveal her involvement in filming the video at a strip joint. She feared her mother’s harsh words for even entering such an inappropriate establishment, let alone announcing it on live television for all her friends to hear.

She avoided speaking about the events she witnessed to avoid violating her agreement with Potts. She also wanted to build the suspense as viewers pondered the identity of the prominent Charlestonian about to enter into the DEA’s custody.

The doors to the precinct flew open, and Captain Potts appeared in handcuffs. The DEA escorted him to the awaiting vehicle. His face appeared both angry and surprised to see her standing there with the camera rolling.

“Captain Potts. What do you have to say about the DEA’s charges of drug trafficking?” Lilly asked, holding the microphone towards Potts’s face.

“Screw you, bitch. I plan to sue you for slander and violation of privacy. I know you filmed the video and posted it without my permission on the internet,” Potts said. His face turned red with anger. He turned away from the camera to avoid showing his face on television. The DEA agent pushed down Potts’s head to force him into the vehicle.

“I’m only reporting the facts. Besides, it’s not slander if it’s true,” Lilly shouted to get the last word in.

Joe aimed the camera at the departing DEA vehicle.

“For those of you just joining us, moments ago the DEA arrested Captain Charles Potts for drug trafficking and stealing cocaine. This is Lilly Allen reporting from WAOK News,” Lilly said.

Lilly watched the red light of the camera turn off and Joe awarded her with his usual ‘thumbs up’ sign. The adrenaline rushed through her body, euphoric to not only witness Potts’s arrest, but also to film it on live television.

She smiled at Joe and a warm tingling sensation flowed through her body. She watched Joe place the camera down and look at her longingly. He kept his eyes on her and walked towards her hungrily.

“Tell me how this feels,” Joe said. He wrapped his arms around Lilly and crushed his mouth down on hers.

In the sequel to Carbon Copy, Lilly Allen returns to her hometown of Charleston, South Carolina, to be closer to her mother, help with her injured brother, and heal from the disappearance of her fiancé Grier Garrison. While she awaits Grier’s return, she busies herself with her mansion renovations, her best friend’s wedding, and her job as a news reporter.

But even her busy schedule cannot stem the worry over her brother’s persistent amnesia and changes in personality. Is he her real twin? Or did they rescue a clone?

On top of this, the months of pining without a word from Grier begin to take their toll. She finds herself growing closer to her favorite cameraman, Joe. His confession of undying love, followed by a passionate kiss, has her questioning how much longer she can wait, and whether she wants to.

To further complicate matters, two unrelated news stories drag her into the seamy underbelly of the Charleston Police Department where murder and drugs are common occurrences.

In the chaos of a hurricane, another body washes ashore, and Lilly comes face-to-face with the murderer.